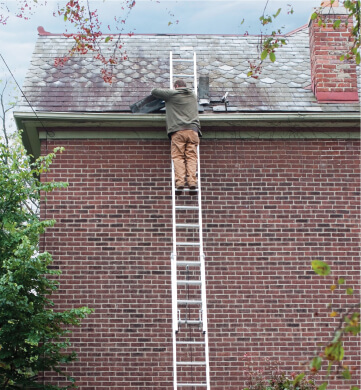 When it comes to keeping your gutter clean, few London dwellers have the time to keep work, social, family and home lives in balance, and though they are all important, you don’t need to be as present when it comes to things like gutter cleaning, or mattress cleaning. You will find that there are a load of different ways in which you can avoid having to do the domestic cleaning, but many feel like the options are difficult to manage and can be too expensive. You will also find that there are reservations as to whether you trust the company that cleans your home, and worrying about such things can get right in the way of ensuring that your home is beautifully clean. Cleaning Gutters provide an array of different contract cleaning jobs, and we do home cleaning for many different people. Give us a ring right away on 020 3540 7129 to find out whether you could benefit from our services, we can almost guarantee that you will, so what is the hold up!? Finding a great gutter cleaner will be the start of a new life in London, where you are free from the pressures of gutter cleaning for good!

Whilst the south east of London has a much reduced underground train system, its subterranean railway is rather more developed, with links to all over the city as well as the rest of the country from London Bridge and Vauxhall. Historical Greenwich is a draw for many tourists each day, with its picturesque buildings, historical sites, and of course the Greenwich observatory, where the meridian line can be found. International Cricket is played at the Oval, which can be found just south of Kennington, next to Oval station. There is many a cultural centre in South East London, with it’s now found redevelopment being exaggerated recently by foreign buyers looking for property deals. Brixton, Peckham, Camberwell, New Cross and Deptford have all enjoyed strong surges in house prices, though residents may be more concerned by being priced out of the areas that they have lived in for so long. The area is now recognized as a significant place for the growing London art scene, with many looking to the galleries in the area for tips on the next big thing.

Living in South East London is a great move, but you may well find that keeping your place clean whilst living in the big city can be tough. We want to help you! We offer an amazing range of services to cater for the most discerning of tastes, from gutter cleaning to conservatory cleaning, and it will be our pleasure to talk through the finer details of the job with you, to ensure that you get the best service possible for your money, from window cleaning to patio cleaning.

Our aim is to uphold value as well as service run firmly through everything we do, from office cleaning to house cleaning, and it doesn’t matter what your budget is, you will probably be able to find a service that suits you from our range. We can come round once a month to help with a bit of spring clean, or every other day, to make sure that the gutter cleaning or facade cleaning is done right. Ring now to find out how Cleaning Gutters can help you on 020 3540 7129.